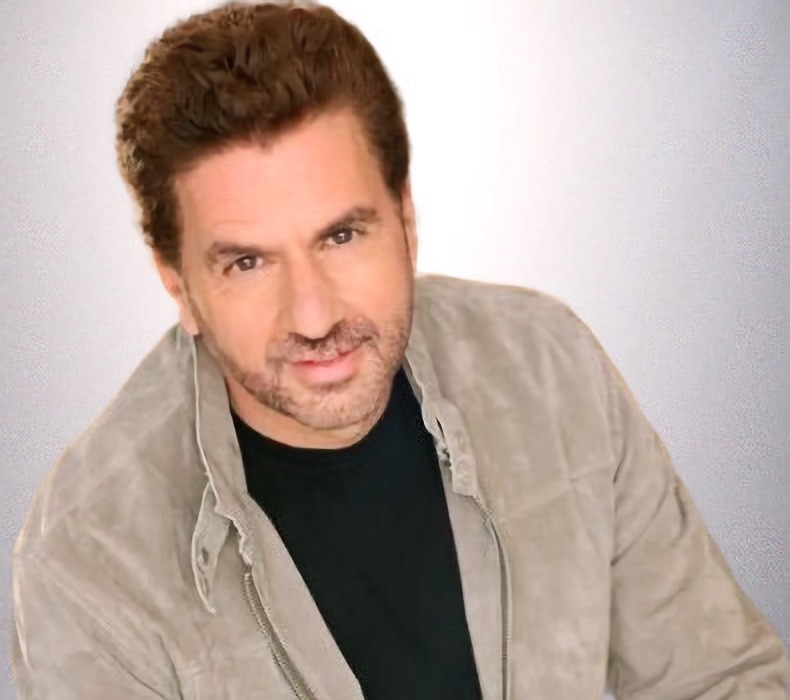 J. Randy Taraborrelli is a renowned journalist, celebrity biographer, and author of over 20 books including the 2009 bestseller Michael Jackson - The Magic, The Madness, The Whole Story.

Having known Michael since he was a child, Taraborrelli has a unique perspective of the late singer with insights into his growth as an artist and the evolution of his career from the early days of The Jackson Five till his death. The author's 2009 classic The Magic, The Madness, The Whole Story encompasses 30 years of research backed by several hundred interviews with people close to Michael, and his surrounding family including the late singer himself.

Leading up to Jackson’s tragic death 11 years ago today, Taraborrelli covered the Michael Jackson molestation trial in 2005. He subsequently co-anchored CBS’ coverage of Jackson’s funeral with Katie Couric, and is a regular in-demand guest for shows including Today, CBS This Morning and Good Morning America.

Taraborrelli has also written a number of books on prominent entertainment stars from Madonna to Beyoncé, and Hollywood icon Marilyn Monroe. 15 of his books have made the New York Times Best Sellers list and the author is currently preparing his next project.

To commemorate the memory of Michael Jackson on the anniversary of his death, discover our exclusive interview with Randy, his personal views of Michael Jackson, and some of his fondest memories of the singer.

Iain: How did Michael Jackson influence you?

Randy: I have known Michael for so many years. He influenced me in different ways and at different times along the way. When I was a teenager he influenced me to go ahead and make my dreams a reality. I was able to watch him do that. I had aspirations to be a writer, and at the same time he wanted to be a singer. He went forward and took care of business his way, and it inspired me to do the same thing. I was able to watch him amass his fortune and conduct his business as an adult the way he did and I tried to do the same to my own career and life. I was not able to amass the fortune that he did in his time, but he was definitely influential in helping me understand that you can do whatever you want to do. People are able to accomplish their goals no matter how far reaching they seem.

Iain: How would you like people to remember him by?

Randy: I know how Michael would want to be remembered. I know that he would hope that people would one day look beyond the scandal and the recent news and focus their attention on the music and the art and on what he did with his life and career, how influential he has been in our culture; and that seems to be the case. I have noticed since his death that much of the public have lifted their suspicion, cynicism and judgment about Michael, and it has gone back to the organic, original concept of what Michael Jackson represented to them which was the music, the entertainment value, and a performer. I think that is how he would like to be remembered and that is what I would want for him.

Iain: With all the scandals, and subsequent molestation trial that Michael faced, do you think there was ever a time when he considered quitting his career?

Randy: I don’t think there was a point where he wanted to stop his career but after the trial there was definitely a period of time when he needed to recharge his batteries. I think people don’t understand how totally traumatic the trial was to Michael emotionally. It was so devastating. It was far worse than anybody who wasn’t there could imagine and I was there every single day. I know how bad it was, and it was devastating, dehumanizing, embarrassing, humiliating and stripped him of all his dignity and everything that he held so close to his heart having to do with his privacy. Everything was laid bare to public scrutiny and it was a terrible experience for him that he could not easily recover from, which took many years.

In fact, I think he just now, at his death began to recover from the traumatic ordeal that we all had to see in Santa Maria 4 years ago.

Iain: Having had very close access to the Jackson family, what would you say where the high-points of Michael’s life, and would there be a moment you had with him that you will cherish?

Randy: Yes, I cherish many moments with Michael, but one thing that comes to my mind and I can’t seem to stop thinking about was in 1977 I believe, when he was getting ready to leave home for the first time by himself to go to New York for the film ‘The Wiz’ and I sat with Michael and I remember this was before the plastic surgery, before the scandals and controversy. This was at the very beginning when he was just about to break big, even before Thriller. I just remember the expression on his face and how excited he was to take on life and how he really wanted to prove himself in New York, in ‘The Wiz’ but more importantly how he wanted to grow up and be a man, to leave home for the first time without his brothers and do something totally different with his life that he felt would re-define him, in his own mind; as a grown up.

That is what I remember most, that day, and that face filled with life and excitement for the future. He certainly did do everything he set out to do and so much more. At that point we had no idea that ‘Thriller’ was in the offering. We didn’t even know about ‘Off the Wall’ at that point and were trying to figure out what happens next to Michael Jackson if he decides to leave the Jackson Five.

The possibilities were endless. There was so much on the horizon and you can imagine what it would be like to sit there with Michael Jackson at the very beginning of all that, even before his wildest imaginations were realized.

Iain: Being the lifetime biographer of Michael Jackson, and spending time with people close to him, what were their feelings about him? Were there ever concerns about his health, his finances or other issues in his family that were troubling or re-occurring?

Iain: Michael Jackson leaves a legacy behind that has influenced a generation and given joy to a world that will surely miss him. If there were something that you could tell him today, what would that be?

To discover more about Taraborrelli's work as a journalist and an author visit his website.