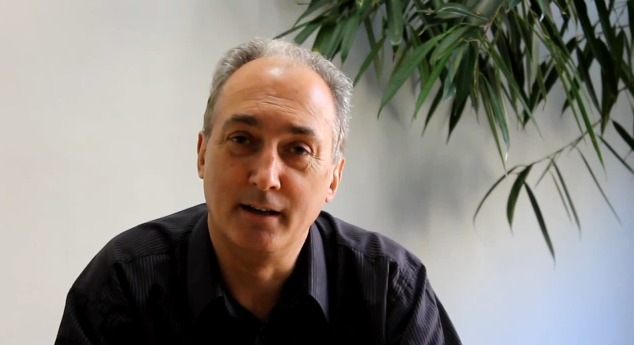 EXCLUSIVE - Hove and Portslade MP Mike Weatherley is the Prime Minister's Intellectual Property Adviser, playing an important role in the entertainment industry and keeping government up-to-speed on the latest developments across the UK. Liaising with creators and government to find common ground on protecting creative work, Mike's ongoing work continues to evolve as technology and the industry evolves. His passion for the music and film industry goes way back and the MP is a devoted heavy metal enthusiast, and regularly goes to concerts in his free time. Mike also established 'Film The House', a national contest aimed at supporting new creative work and giving young talent a shot at getting industry recognition.

Discover Mike's plans for the local film industry in Brighton and Hove, his take on Hollywood, and how the government will support creative talent in the years ahead. Also in this exclusive interview, Mike reveals what his job involves, and how education will play a bigger role in the creative industries.

Iain: What is the Importance of intellectual property?

Mike: The intellectual property side is a passion of mine. I got elected in 2010, having been talking to people about the importance of intellectual property for the country and the creative industries as a whole. It was always something that I felt was being neglected by the Parliamentarians and the public. A lot of people are going towards free open access for everything on the internet without realising there are so many consequences, that artists actually need to be paid to make a living, which then drives our economy.

As you may or may not know, Britain is one of only 3 countries in the world that has a net income from overseas earnings of intellectual property on the music side, and that helps pay for the NHS and those sorts of things and we need to protect that.

Iain : How did you get involved in IP?

Mike: I was Head of Europe for a film licensing company and I was very much involved in the film industry from a non-theatrical, film licensing point where I would go to the likes of Disney and secure their rights for, say Romania, and then we would set up partnerships in Romania and we would sell non-theatrical licenses and by that I mean when they show films in coaches and waiting rooms and other places like that, they then pay a license back to the film production company. So that was my job for 5 years and where I got involved in IP, particularly where I got involved in the film industry.

Iain: How can the government combat copyright infringement and protect new creative businesses?

Mike: The education part has to come first and this is changing the attitudes of people and making them aware of the importance of paying for a product to make sure the product continues to be available. People expect things for free these days and we need to turn that around and that's a combination of government and industry, and people doing the same. And i'll use the example of drink-and-driving. Whereas 30 years ago someone was drinking and driving, you wouldn't have necessarily stopped them in the pub. It sounds terrible to say that now, but you wouldn't have done. But now if you were in a pub with me and I would be driving i wouldn't want you to have that next pint. I would say, "No you shouldn't". And I want to get to the point where people say to other kids, "You shouldn't be downloading that for free.." when there is an alternative to use.

The education side is hugely important and I think the industry has a huge role to play and I'm looking forward to co-ordinating part of that role.

The second part is the technology. This is where industry have to step up and make thing available to the public that the public want and in the music industry they were incredibly slow in adapting the model.

A lot of business models are changing. In the film world that's changing quite nicely because some of the companies have come up with a premium product where you can buy a triple pack and sometimes a 12-user licence for your family when you buy a product. So if I buy a film I can let my kids watch it in their various rooms in the house and I think that's a good adaption of the model because otherwise people just end up copying. This is a legal way for the industry to accept that people are going to be doing this, and charge a little bit more to allow them to so legally.

Iain: How can government get involved in making that business model work?

Mike: I think it's right and proper for the government to step in and support that by some enforcement measures that actually matter. I don't think the government should do that without having the alternative in place and the will of the people behind it.

Iain: What's happening in the local film industry in Hove?

Mike: The creative industries in brighton and Hove are fantastic and well positioned especially with the London links and with the super-fast broadband coming in. We have various software companies already set-up and it was brought to my attention that Hove has a 100-year-old tradition in the film industry. The councils and the universities recognise this and the council want to establish a tourist trail where you can go and visit all various locations of not just where films are being made but where some of the innovation started.

In Hove, near one of our parks in 1896, something very important happened in film. We have the artist open houses in Brighton and Hove, and who would have thought that would become a major industry every year? So people like to have a focus of where to go to and my ultimate goal would be, when people come into Brighton or Hove on the railway there would be a sign with 'Home of Cinema' or something like that to demonstrate that we have a great history going back 100 years and have a current, vibrant community that is part of it.

Iain: Are there any specific government plans in the works to nurture local talent or get involved directly with the industry?

Mike: The government is looking very carefully. Certainly creative apprenticeships, and how to get people into music and film generally. On the software side, Canada have various tax advantages and we went the wrong way as a government and a country to not recognise that and then we've addressed that by putting those tax incentives back into the UK and we've reversed some of the drain away from us to other places.

I think the same goes for films. We've got various incentives and tax advantages to invest in film and I think the government is very keen to making sure those continue, that we don't fall behind the rest of the world and that we are at the forefront. They're such good industries and they can look after themselves and well, to a large extent, of course that is right and we should always aim to not have government interference but at the end of the day government sometimes needs to nudge things in the right direction to maintain our position. Certainly from my discussions with ministers there is a real determination for that to happen.

Iain: There is a big demand for content at home, but how do we get UK films more prominence beyond Hollywood productions?

Mike: People who mention the word film will remember things like Hollywood despite all our history, Ealing Studios and so on. I think it would be difficult to get away from that position but I think for people to think of Britain as a great place to make films, even if they are financed by Hollywood, I don't see that as a bad thing. I think that if they've got the confidence to come here, we've got to be proud of that.

We do finance some things ourselves and we should definitely encourage that more but as long as Hollywood sees Britain as a very desirable place to come and shoot their new movies, that's to be applauded really and to be encouraged.

Iain: Are you looking at getting more productions in the UK in the coming years?

Mike: If we can show the creative industries that we are leading the world on this then they will be more inclined to come here and be part of it. That of course goes down to finance as well. It also goes down to availability. The problem at the moment is our capacity. We are almost at full capacity for people wanting to come here which shows that we're doing something right and we've got the right skills, the right technology, and the right infrastructure behind it and the government supports both in terms of finance and IP protection.

Iain: How does your role work for advising the Prime Minister?

One of the things that I'm trying to push for in the IP bill that's coming through parliament is to give some statutory requirement for the intellectual property office to be part of the educational message that goes out on the importance of IP.

Iain: We saw how the SOPA bill, backed by the film industry, failed in the US to curb copyright infringement. What can the British Government do to prevent copyright theft without harming the freedom of information?

Mike: We don't want government preaching to people and we don't want a rich rockstar preaching to people. What we eventually want to happen is to get the kids to talk to the other kids. We want to get to the point where the education is coming from within their peer group rather than being preached at. I think that is where America went wrong the last time as it was very much industry preaching and people saying no, we haven't been bought into this.

I think that's where education must come first and get people's hearts and minds behind it and when we've got that, everything else becomes so much more easy, and this is how 'Rock The House' and 'Film The House' came about because I wanted to educate MPs about it. When the bills come to parliament I don't want to start all the arguments again from scratch to say why IP is important, I want that to be a given. Then we should be talking about how to best implement that. The same goes for the general public.

To find out more about Mike Weatherley check out his official website.