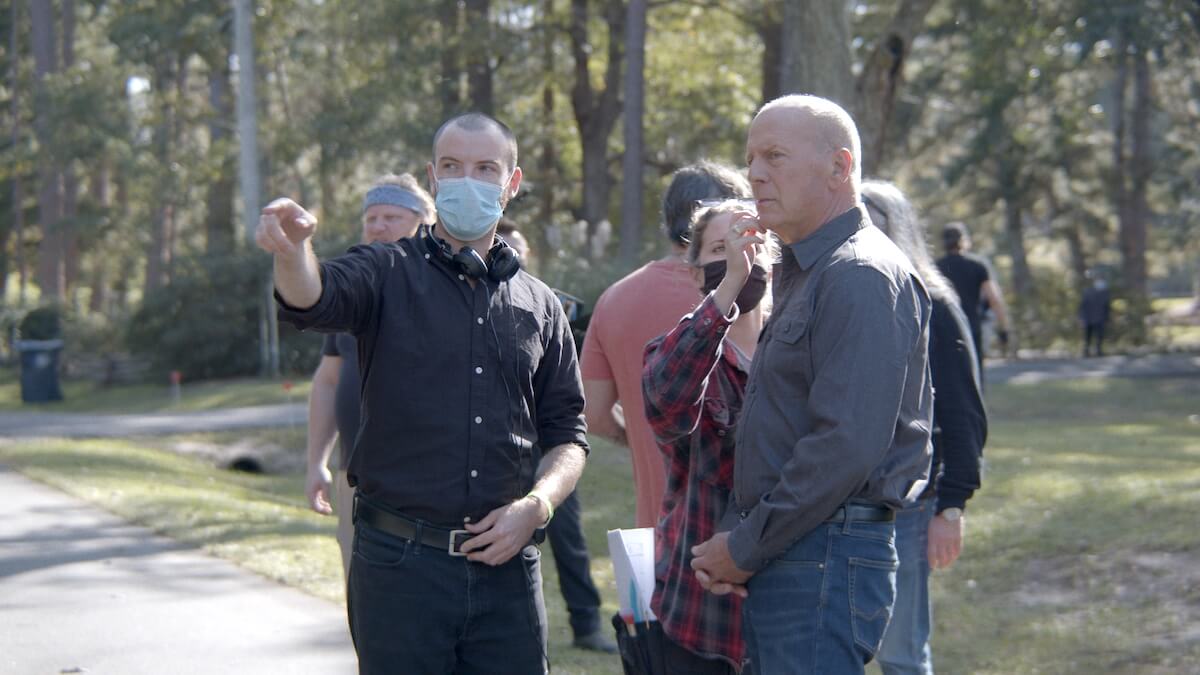 Shot during the height of the pandemic, the film tells the story of a disgraced ex-NYPD officer (played by Willis) who has become the sheriff of a tiny rural Georgia town and must take on a band of criminals who have kidnapped a wealthy doctor.   Filmed in just 8 days in Fitzgerald, Georgia, Edward Drake raises the stakes in his latest directorial outing while meeting the challenges of a new pandemic reality that has re-written the rules of filmmaking.

Drake has also been working on a host of projects slated for release this year. Some of his credits include "Gasoline Alley" starring Luke Wilson & Devon Sawa as well as the upcoming KNIGHT Trilogy produced by Lionsgate.

Discover exclusively on Film Industry Network a behind-the-scenes look at Drake’s latest film, the director's creative and casting choices for the movie as well as the big changes taking place in the film industry today. 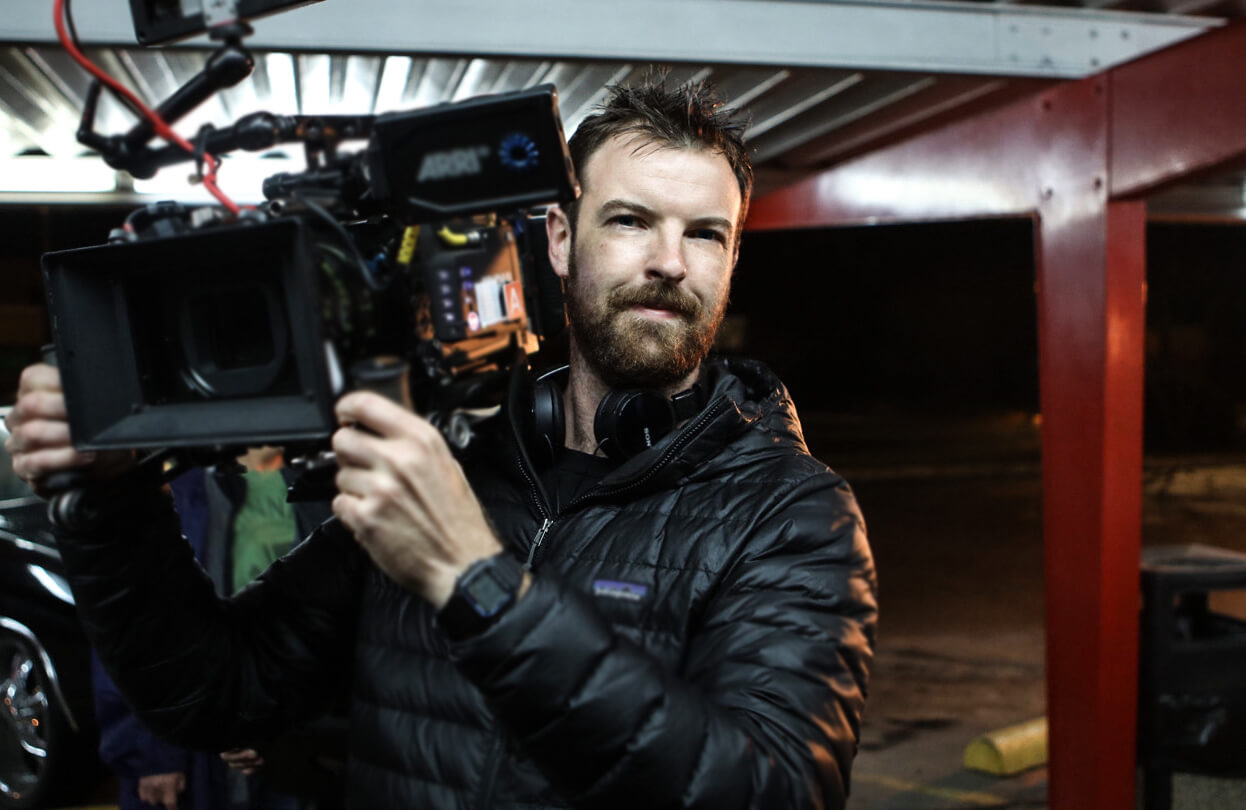 Iain: How did American Siege come about?

Edward: Hello! SIEGE came about in a singular way. I was talking with Corey Large, writer and producer, and recounted some of the stories I'd heard in a part of the world called Fitzgerald, Georgia. We had both shot there, and I love the people and the city (Go Kanes!). I set out to honor the idea of Southern Justice, something the town reckons with every day. There are so many bad stereotypes of the south out there, yet the culture is so richly nuanced. I set to work outlining the story, and I had a script three days later. Every day after the third day, the script evolved as production grew closer. Art isn't made in a vacuum, and SIEGE was shot in September 2020, at the height of COVID-19. I was always aware of the time and place we were making the film. I'm so damn proud of this film.

Iain: What were some of your initial preferences for the cast? Can you share with us the audition process that you went through for the film?

Edward: The moment I received Anna Hindman's self-tape, I knew within five seconds she had the perfect rouge essence to pull off the part of Grace Baker. I don't believe Anna had ever acted in a feature film before, yet she was so quietly confident in her performance and was an amazing presence on set. Rob Gough, too, was an incredible collaborator and we worked to create a sense of singular truth to his identity. Any production would be lucky to have either Rob or Grace on set. Trevor Gretzky, Bruce Willis, Timothy V. Murphy, Joe Munroe, Cullen Chambers, Janet Jones, Joshua Cole, Billy Jack Harlow, Robert Laenan, and the rest of the cast were incredibly fired up to bring this film to life. We created a little family shooting this film and we all keep in contact to this day. I'm so grateful for the passion of the actors. 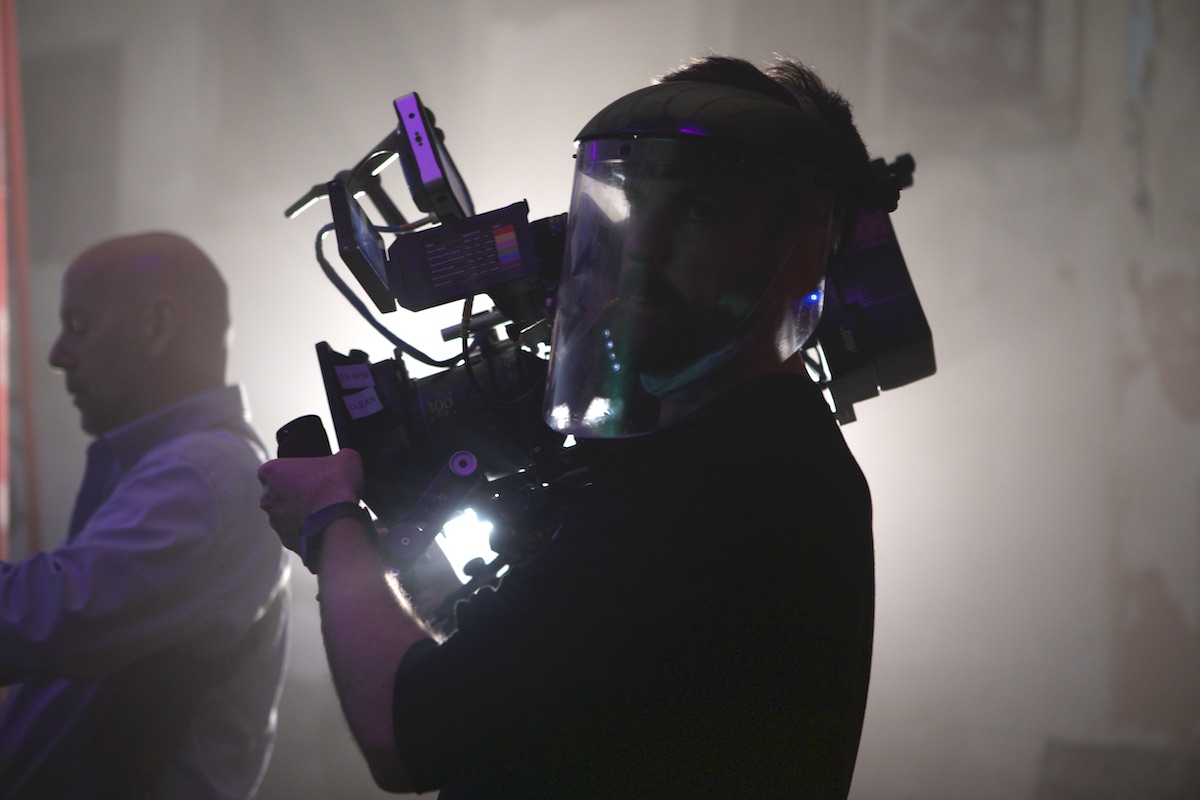 Iain: What were some of the challenges you had during production?

Edward: COVID-19 loomed over the production like a guillotine. We shot on location in Fitzgerald, Georgia, and fought every day to keep the cast and crew safe. Our amazing A.D. team headed by 1st A.D. Ryan Miningham and 2nd A.D. Heather McReynolds kept the cast and crew safe, and aware of the evolving protocols being issued on a day-to-day basis by the unions and local governments. 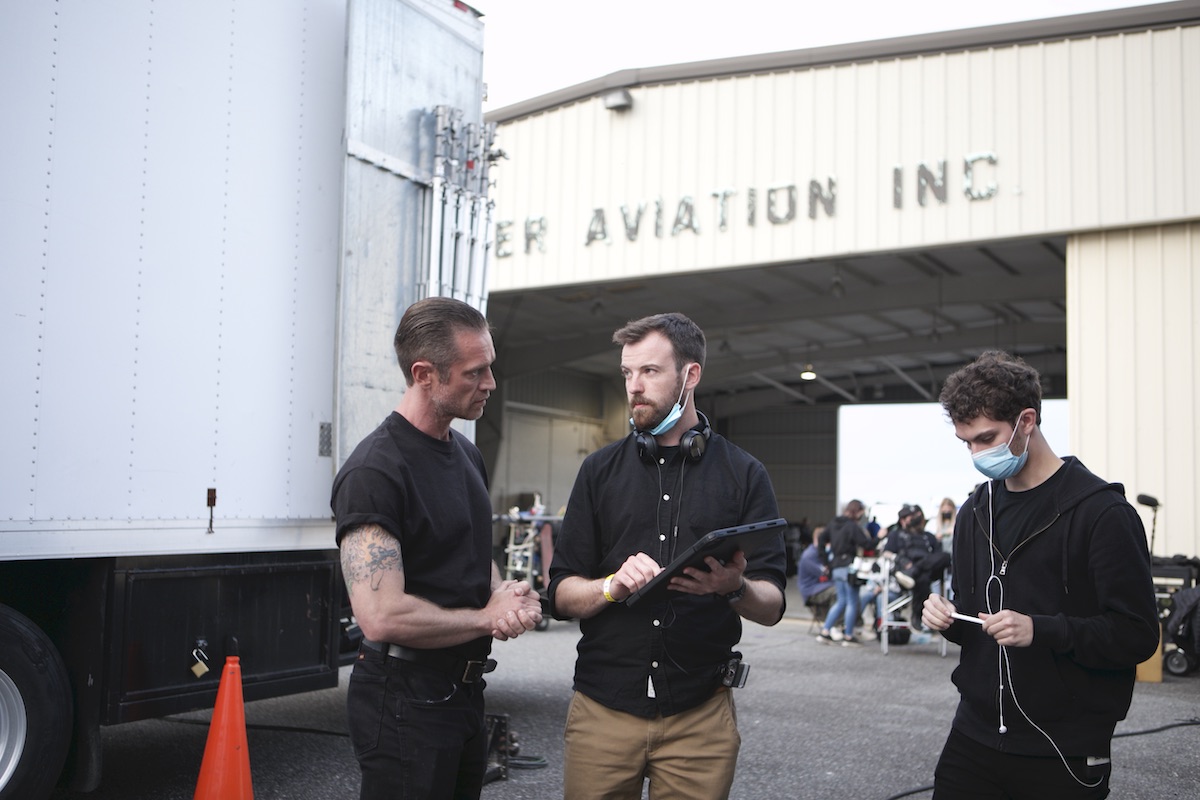 Iain: How did you get the shoot completed in just a few short days?

Edward: Love, prayers, and a can-do spirit my friend! No. The real answer is coffee, coordination, and a helluva team. I wrote for the actors I wanted, so I could hear their voices come through on the page. Knowing the limitations of the budget and COVID-19 safety protocols, I wrote the script to ensure we could minimize actors physically interacting.

Iain: Is the film industry moving toward faster production turnarounds in the streaming era? Have you seen any notable shifts in how films are made in the past 12 months?

Edward: Absolutely, what a great question. I've seen a renewed focus on crew and cast safety on set. Something long overdue. This film was made for a packet of peanuts and half a stick of bubblegum, yet we kept everyone safe and COVID-free. Safe sets must be the gold standard by which we judge a successful production. Every cast and crew member must be guaranteed they will be able to go home to their family at the end of a work day. I say this with a particular focus on how we treat stuntmen and stuntwomen, these undersung heroes put their lives on the line every day. 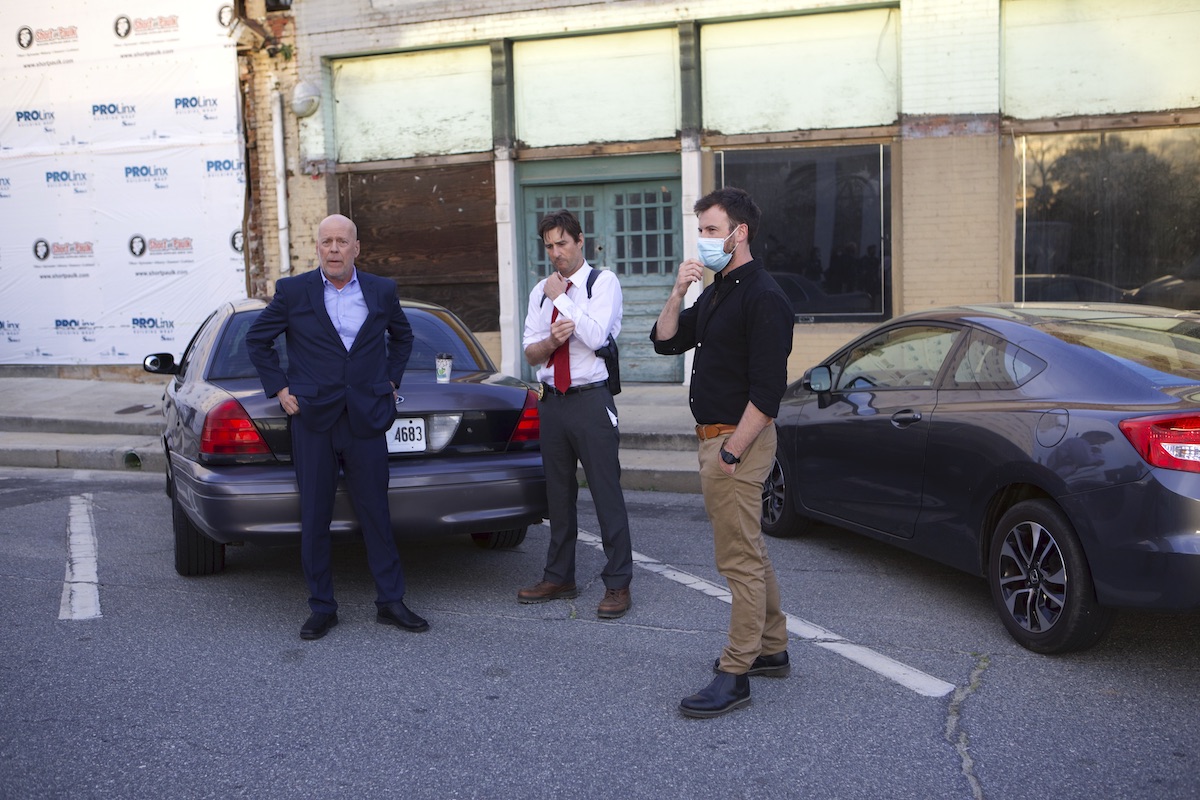 Iain: What were some of the memorable moments from the shoot?

Edward: Anytime I have the honor to work with Mr. Willis is always memorable. He's so generous with his time on set and always has a moment to talk with the cast and crew. Seeing Mr. Willis make someone's day by sharing a joke with them, or telling a story from the set of Die Hard or Pulp Fiction will never get old. The man has been nothing but a pleasure to work with.

Iain: What do you think makes a good action film?

Edward: Great characters. Without actors bringing their characters to life, everything is just a spectacle. Great actors make the best action films. Actors have the hardest job on set, I respect the hell out of anyone brave enough to try their hand at it. 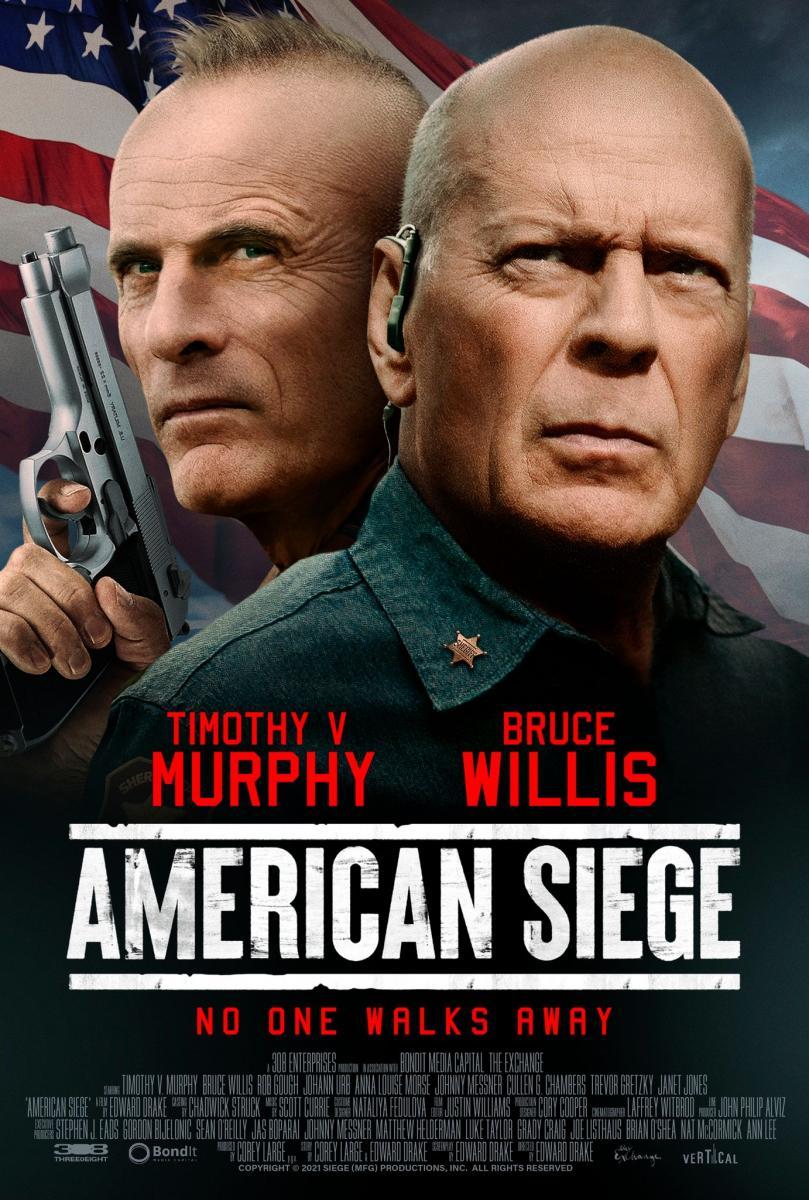 Iain: Are there any filmmakers that you would like to work with?

Edward: Danny DeVito would be a dream filmmaker to collaborate with. The man is a comedy genius and the films he has directed were phenomenal influences on me growing up. Keanu Reeves is someone I'd love to buy a coffee and talk about life with. The way the man wrestles with his characters and his worldview inspires me every day.

Iain: Who inspires your creativity?

Edward: I'm inspired by Steven Soderbergh's calm efficiency, Shane Black's singular wit and conflicted characters, Ryan Coogler's passion for inspiring great performances, and the love of film. I have the best job in the world. Every day is a gift. I find inspiration in the good souls I have the honor of working with.

Iain: Have you got anything in the works we should know about for 2022?

Edward: 'Gasoline Alley', the 'Knight' trilogy... And a documentary I had the pleasure of helping bring to life, 'Mandy Lady', chronicling an incredible woman's ascent of Mt. Kilimanjaro and the spirit of the guides, porters, and nation of Tanzania.

Thank you so much for your time, Iain, and any readers out there. Have a great 2022!