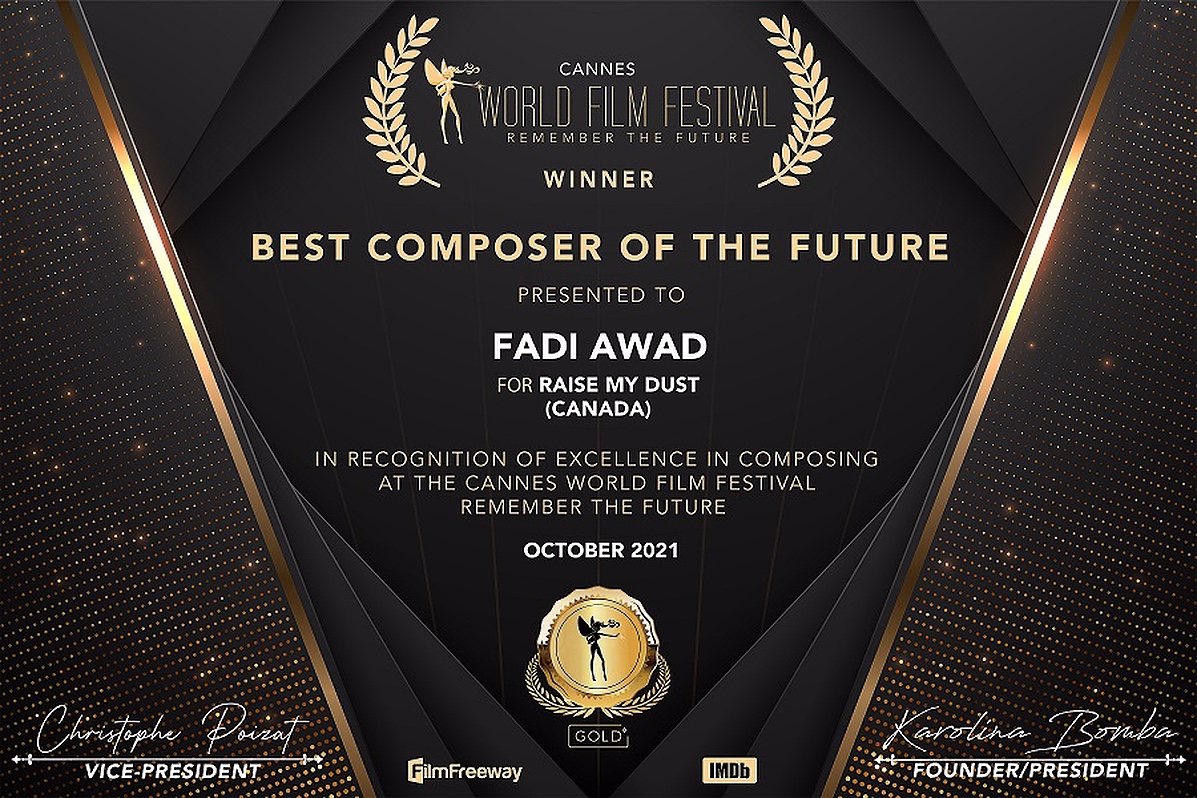 On November 25, 2021, the results of this year’s Cannes World Film Festival for its October Session were announced after a wonderful night, and between the winners’ there, it was good to see the multi-award winner and the multi-charted artist Fadi Awad winning his 50 and 51st trophies there as The Best Composer Of The Future with his outstanding score “Raise My Dust (Extended Mix)”, and “The Best Song” with his new track “Nobody Else” featuring the wonderful singer Tim Moyo in its first ever participation in a contest.

In an interview with Proconwire Label Manager Jimmy Hallowey on Best TV, Jimmy complimented Fadi Awad while considering him a super clairvoyant artist and person. He also highlighted that: “In Cannes, you have to give the best you can. That’s why I submitted first Fadi’s super track “To Glory Land” that won so far around 18 Awards to compete there. But 2 days later, Fadi came to me and asked me to submit also “Raise My Dust” and “Nobody Else”! I asked him why taking the risk especially with the last track that didn’t participate anywhere so far? He replied that he wants to react according to his intuition, and this is proven today to be right! I’m so happy that Fadi won 2 valuable Awards at the Cannes World Film Festival as he always makes us proud, wishing him the best of success all the way…”

In his related press interview on Kiss FM 102.5, Fadi Awad thanked the organizers and Judges of Cannes World Film Festival for their appreciation, as well as everyone for their valuable continuous support, and added: “Everyone knows how much France means to me and how important this festival is… I’m so grateful and honored to have won my 50 and 51st Award trophies there in this special day where Thanksgiving is celebrated in the USA…Wishing Everyone a Happy Thanksgiving and hoping that the global situation gets better as soon as possible from every side! I truly see a big possibility in the near future to do some new good art projects in France…” Fadi ‘s second interview with the main festival’s Journalists will be published soon as well, so stay tuned for further announcements. 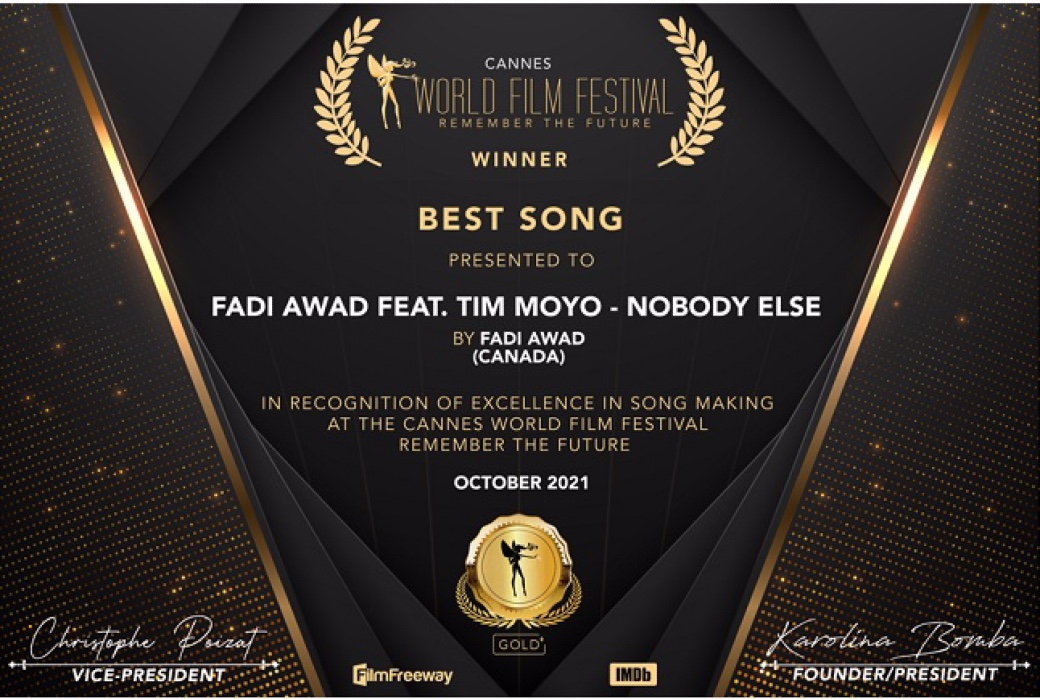 Congratulations to these well-deserved new winning results for Fadi Awad with these outstanding tracks that are epic from every side!

The latest news from Métro Liberté.