The Moon Followed Me To Falmouth set to premiere this August 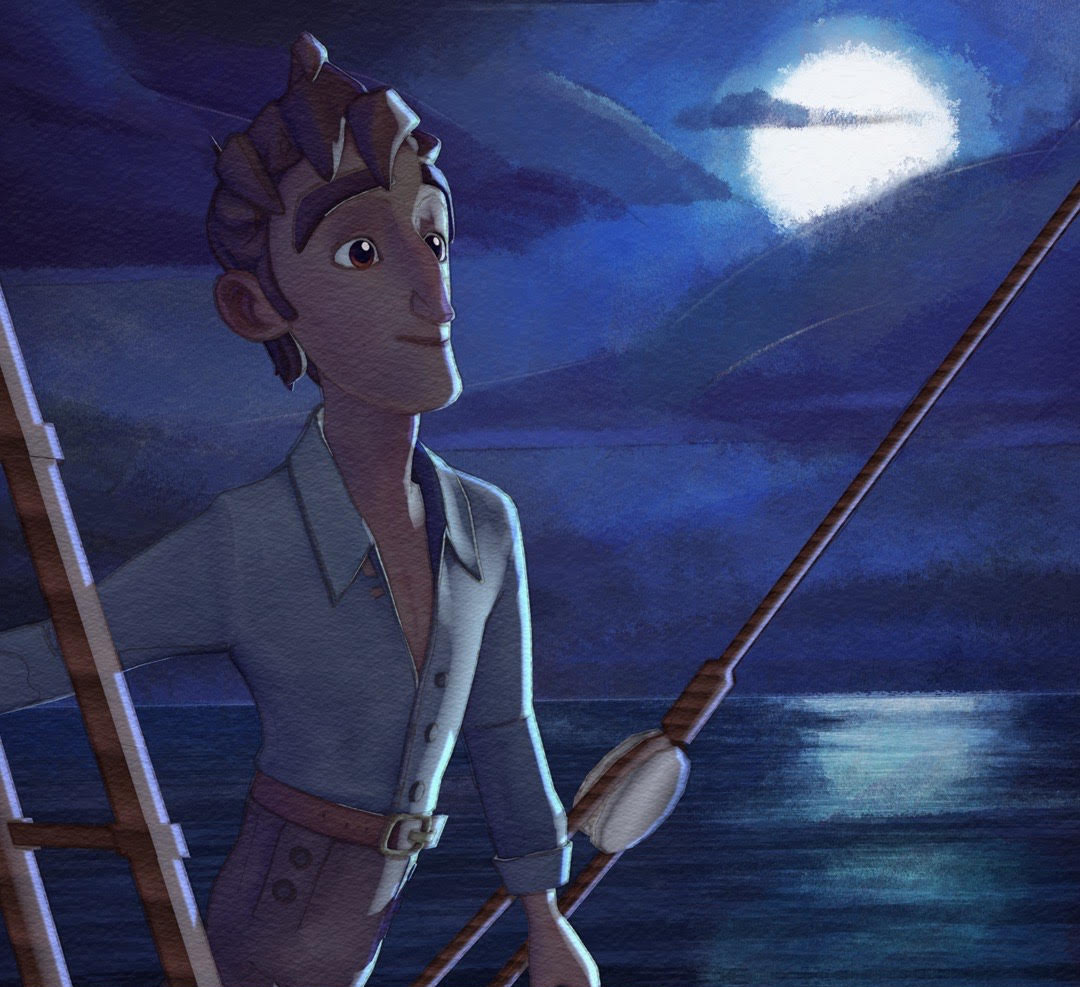 On Thursday, August 4th, The Moon Followed Me to Falmouth, an animated film and song, will be shown at the Phoenix Theatre.

Rosenberg, an Oregonian by birth and upbringing, has been captivated by movies and music since he was a child. Rosenberg creates timeless, enduring melodies with each song expressing a particular feeling, idea, or message by drawing inspiration from Celtic, Folk, Pop, 1940s Ballroom to 1950s Jazz, and film music.

Speaking about the release, Rosenberg said, “I was enjoying supper at the Falmouth Hotel, when I looked out the window and saw the full moon floating above the sea. I thought to myself, ‘The Moon Followed Me to Falmouth’”. As he was returning to his hotel room, the melody became apparent, which led Rosenberg to calling the home answering machine back in the U.S. to record the song.

“When I got home, as I was going through my messages, there it was … the genesis of The Moon Followed Me to Falmouth. A couple months later the song was finished and ready to be recorded”, added Rosenberg.

The much awaited animated music video is reminiscent of the traditional British Isles sea shanties, a style of music that Rosenberg shared a great enthusiasms for, through listening and later, in the creation process. The acclaimed singer-songwriter/performer Will Keating, a Falmouth native, also contributes his unique vocals to the movie.

The strikingly beautiful production follows a seafaring Englishman as he sings about his earlier exploits. He sees himself leaving Falmouth as a young man, sailing The High Seas, falling in love with an island girl, and then returning home as an envious moon separates them. He still sports the present she gave him now.

Rosenberg, who is an accomplished film producer and composer previously wrote Highland Home, an Ode to Scotland, where he derived inspiration from his travels to create his latest composition.

Have you been inspired to create music or film while travelling? Share your experiences with us: @BritainDailyHQ

The latest news from Britain Daily.