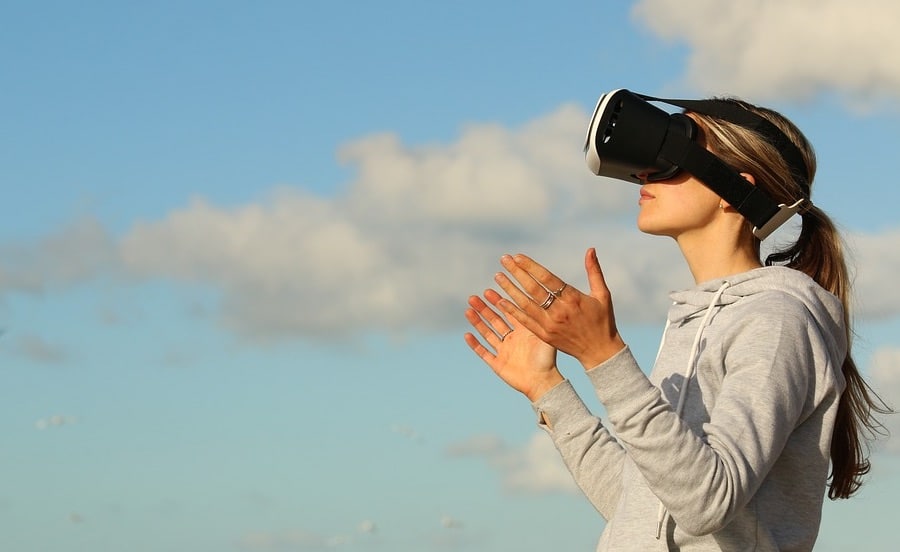 The film industry continues to adapt to the new technologies and changing habits of audiences, but never before in our history have we witnessed what we’re about to embrace.

When film was invented as a medium, it created a whole new era of storytelling that transformed our culture and communication as we know it today.

From the silent era films dating back to the 19th century, Soviet propaganda and the rise of blockbusters productions, films have become powerful mediums to transmit ideas, tell stories and capture imaginations.

Today, films are about to take a leap into another dimension where the format itself is going to change into a completely different experience. We’re already getting a taste of that with social media, where we are interacting with short content as well as live broadcasts and changing the camera angles (360 video) as we watch. No longer do people simply watch a film at a movie theater. It’s become much more. Films are an interactive experience where people want to communicate with each other while watching it and be able to control elements of the content.

Social media has added a layer to the film watching experience, however, this is just for starters. The real technological shift is going to take place in our visual perception and interaction with films themselves. Welcome to Virtual Reality.

VR in the coming years is going to fundamentally re-write the film format as we know it today. People are going to interact with the stories they are watching through virtual reality experiences. It’s going to change the perception of film itself, the way movies are produced, and how people get involved with them. By the middle of the century, we’ll be talking and walking with our favorite movie characters in films themselves. We’ll even be changing the storyline with the actions we take while being completely immersed in the environment of the film.

Picture yourself sitting in the Millennium Falcon actually talking to the characters and being part of the movie as it unfolds. You’ll be able to walk around inside the worlds of movies and interact with each element, picking up objects as if they were there in the room with you.

Films as we know it will no longer simply be a 2-hour story that we watch from a distance on a flat screen. They’ll be a fully immersive real-life experience that you yourself will play a role in.

This year, the BBC launched a virtual reality film called "The Turning Forest" which was made available free and you can begin to explore new VR films with devices like Google’s Daydream View or Samsung’s VR Headset as well as other virtual reality technology that has become available in 2016.