It was back in 2015 when a private company, TIENS Group, organised more than 6,700 employees to travel to Nice, France, and set a Guinness World Record, which was highlighted in the world’s major media outlets across 167 countries and became a global news story.

Many scholars, experts and media publications have since been curious about how the Guinness World Record came about, exploring how the company has achieved global success in just the past 20 years. The interpretation, secrets and answers of the company’s 26 years of development are shared in the recently published book ‘Unlocking the Emperor’s Door’, which was revealed in London back in January this year. And in the newly released book ‘Global Development of TIENS Group: Swap, Transcendence and Success’, published globally this month, the World Record is highlighted in more detail.

These two books, together with Mr. Li Jinyuan and TIENS Group, New Swap and Transcendence Theory, forms the wisdom theory system of TIENS Group that has brought it phenomenal success. 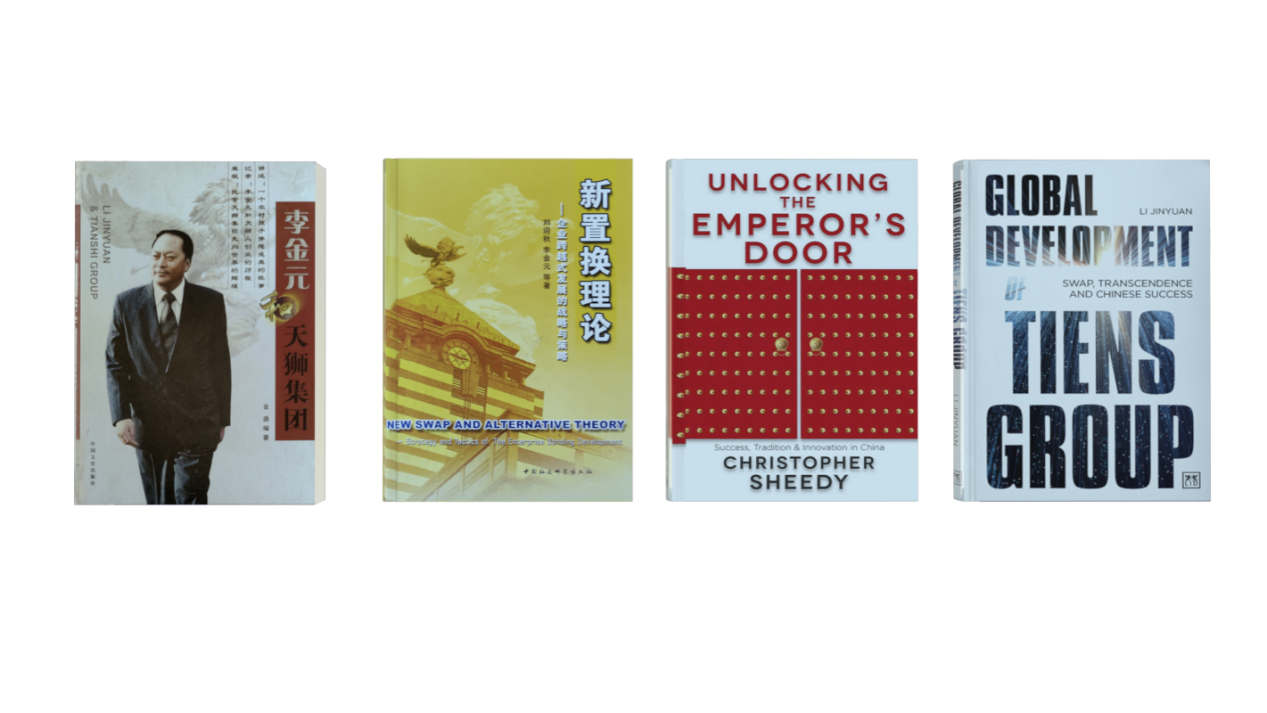 Mr. Li Jinyuan and TIENS Group highlight the entrepreneurial stories, New Swap and Transcendence Theory presents the theoretical innovation, Open the Emperor’s Door reveals the development process, and Global Development of TIENS Group: Swap, Transcendence and Success integrates the theoretical system. Mr. Li Jinyuan, Chairman of TIENS Group, recently expressed the hope that these four books can guide everyone to open the door to wisdom, embark on the road of pursuit, step into the dream hall, and finally reach the top of their own industry.

Mr. Li Jinyuan and TIENS Group – the beginning of the journey

Mr. Li Jinyuan worked hard for his dream with all his passion and personal strength. In just a few years, the TIENS Group he founded has attained billions of assets; in 1997, the Group concentrated its efforts and opened up the markets in 37 countries in one breath, and in 2002, it developed more than 60 national branches, opening up an international market and network, selling its products to 86 countries and regions. This sheer scale and development speed astounded the business community.

Mr. Li Jinyuan highlighted the entrepreneurial stories of himself and his partners in the book Mr. Li Jinyuan and TIENS Group in 2002, showing precious qualities such as dreams, courage, perseverance, mind and honesty, which are a powerful combination that help leaders promote the development of enterprises and provides a theoretical basis for the follow-up book New Swap and Transcendence Theory.

TIENS has overcome numerous problems and obstacles in the development process of the international market. After years of pioneering experience, Mr. Li Jinyuan came to the realisation that scientific and unified theoretical guidance is very important for the development of enterprises. He carefully summed up this experience and the lessons of TIENS’ international market development, combined with the ever-changing market environment as well as keeping pace with the times. This led him to creating his own road to success, and putting forward a scientific and practical book “New Swap and Transcendence Theory”, which is an original leap-forward development strategy and tactic. New Swap and Transcendence Theory compiled by Mr. Li Jinyuan was published in 2003, which attracted more attention to TIENS, and then international critics took the development of TIENS as an example to explore the Open the Empire’s Door of rapid economic development.

Christopher Sheedy, a well-known Australian journalist and writer, wrote Unlocking the Emperor’s Door from the perspective of a third party through in-depth investigation and understanding, which was released in London, England in January 2021. Christopher Sheedy believes that under the background of global economic integration, the development practice of TIENS and the sublimated New Swap and Transcendence Theory have brought new practices and ideas for the rapid development of more enterprises, and international critics have spoken highly of Unlocking the Empire’s Door. Mr. Li Jinyuan devoted himself to the research in combination with this new innovative practice, and further optimised, enriched, perfected and promoted the New Swap and Transcendence Theory, which has led to this month’s release of Global Development of TIENS Group: Swap, Transcendence and Success.

Global Development of TIENS Group: Swap, Transcendence and Success combines new innovative practices to form theoretical improvement. Through empirical analysis and comparative study, it comprehensively elaborates how a global enterprise group, on the basis of “replacement and reorganisation”, integrates the latest business practices, including; information technology, network management and communication technology, intelligent combination and connection technology, blockchain and platform technology, and more to realise the close combination of traditional business and modern network information technology, and to realise “self-subversion and transcendence” on this basis. More importantly, this book deeply analyses the key factors of success, and lists typical cases of these factors promoting the development of enterprises, which plays a very important reference and guiding role for the global layout and development of enterprises.

Mr. Li Jinyuan recently stated that TIENS will continue to dream forward, promote their third venture with full confidence, speed up the implementation of the strategy of “one body and multiple wings” under the guidance of the “new replacement transcendence theory” and the concept of “coexistence, sharing and win-win”, further expanding the global market in depth, and continuing to practice the initial mission of “bring health to human beings and serving the society”, as well as achieving more exceptional values moving forward.

Global Development of ‘TIENS Group: Swap, Transcendence Success’ is available to order on Waterstones, Amazon and most book retailers, releasing this October 21st.

The latest news from The Britonian.

More articles from The Britonian